Control Theory (for software systems, for robotics, for sensors and actuators))

Found a thread on Hacker News with various recommended resources for getting a grip on control theory - including the insight that it’s not just about heating and cooling buildings, or landing rockets on their engines, or following the white line in the middle of the road, it’s also useful in complex software systems with many producers and consumers.

The Fundamentals of Control Theory

There are pointers within to at least a couple of YouTube channels, but the headline is a free book by Brian Douglas (also does videos - see below):
Books - Engineering Media - The Fundamentals of Control Theory 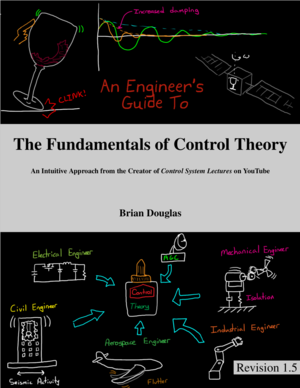 If anyone’s studying control theory, you’re doing yourself a disservice if you don’t use Brian Douglas’s resources. His videos on YouTube are phenomenal at explaining not only the theory and techniques, but why you should care in the first place.

Also, why should anyone study control theory? It’s the math behind making real-world systems perform what you want them to do. In particular, robotics and autonomous vehicles rely heavily on techniques from control theory.

If you watch Brian’s videos, keep in mind that they bifurcated into two places: his original videos, and his more recent MATLAB tech talk videos.

I have Brian Douglas to thank for my degree. Honestly, one of the best resources out there