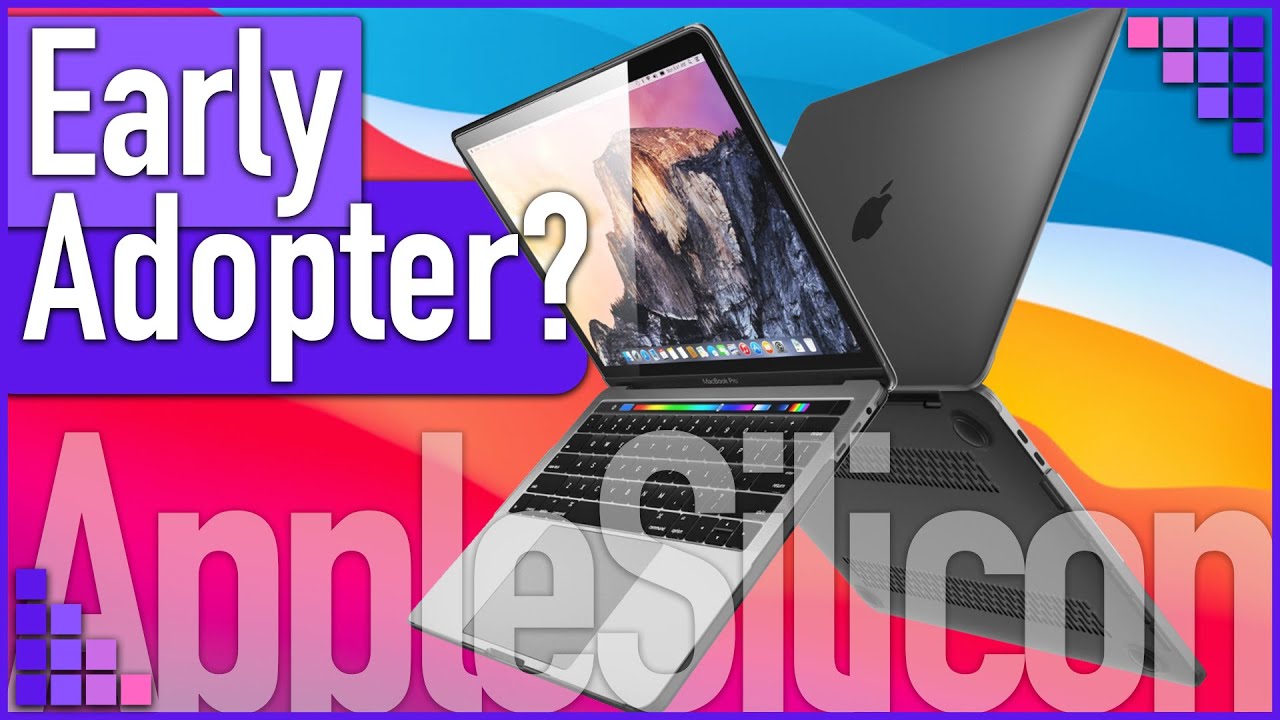 (Some good notes in the video description there! Thanks for sharing)

It’s a bold move, and an interesting one. Other than the business reasons - they get to own even more of the technology stack, and they get to ditch Intel who are struggling to keep up with other foundries - it’s interesting technically and historically.

Technically, we have the result from the 1930s, before there were computers in the modern sense, telling us that all computers logically have the same capabilities, are interchangeable and any of them can mimic any other - given enough time and enough memory. So it comes down to performance and efficiency. Which of course are crucial, so in practice it does matter what CPU architecture you choose.

Historically, Apple have done this before: they started with 6502, then moved to 68000. The 6502 line moved to the 65816, and when ARM came to be it was considered, and even emulate the existing line as fast as was needed. But at that time management rejected it. Later, Apple moved from 68000 to PowerPC, and then to Intel - and now, at last, to ARM. For more history, see also: 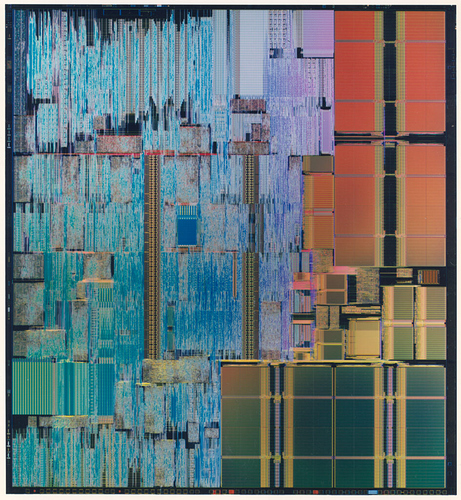 Transplanting the Mac’s Central Processor: Gary Davidian and His 68000...

Last week Apple announced its switch from Intel to its own ARM-based processors for all future #Macs. Apple has done this multiple times in its history, starting with the transition from Motorola 68000 chips to PowerPC in the early 1990s.

Apple going back to RISC architecture again makes me think of the 90’s “Hackers” movie [cheesy & full of goofs, but a bit of a classic]

“RISC architecture is going to change everything.” 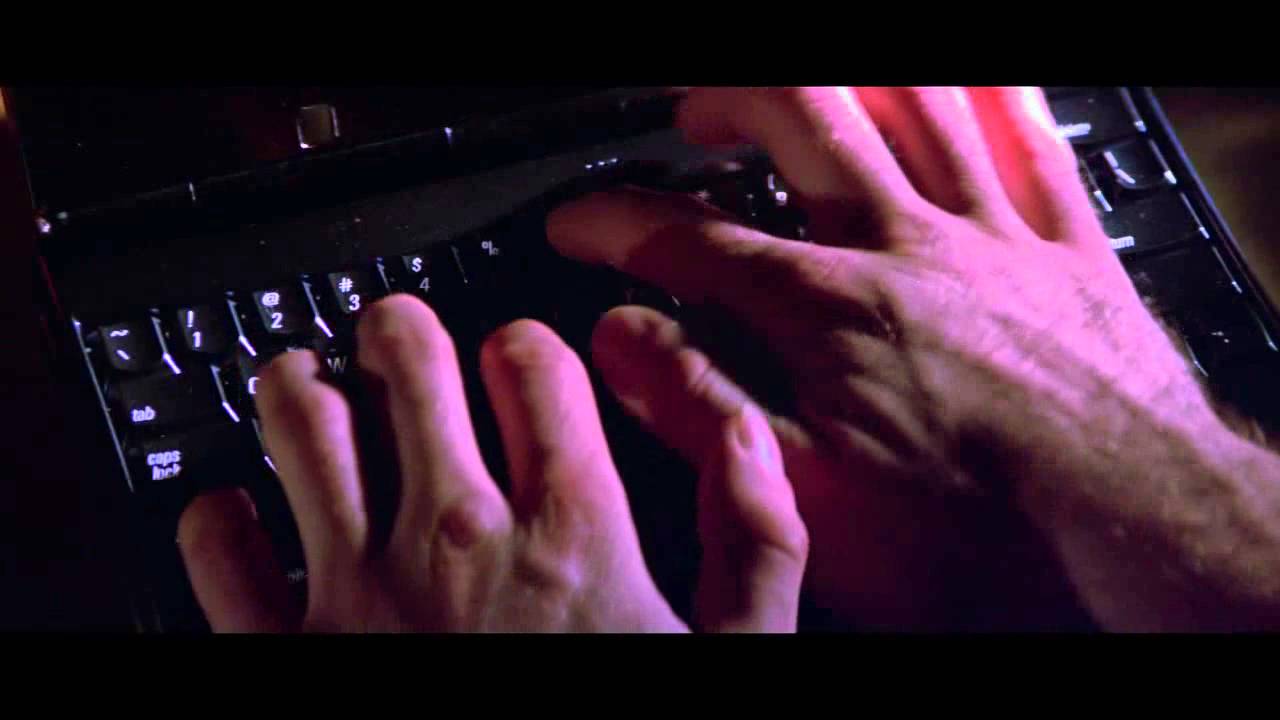 Microsoft, Amazon and others seem to be heading there too this time though.

I did have a hunch the falling out between Apple and Nvidia (meaning some of the best ML hardware isn’t supported on Apple anymore) might have driven Apple to go down the route of developing chips with loads of cores as an alternative…
…then Nvidia signed a deal to buy ARM so who knows!?

A few months ago I would have said every major outfit that uses ARM will have a team looking into RISC-V. Now I’d say every major outfit except Nvidia! In five years time, I think we might well see iOS running on RISC-V. Although, it might be that Apple’s license is such that nothing Nvidia do with ARM will make any difference to them - in which case give it 10 years. 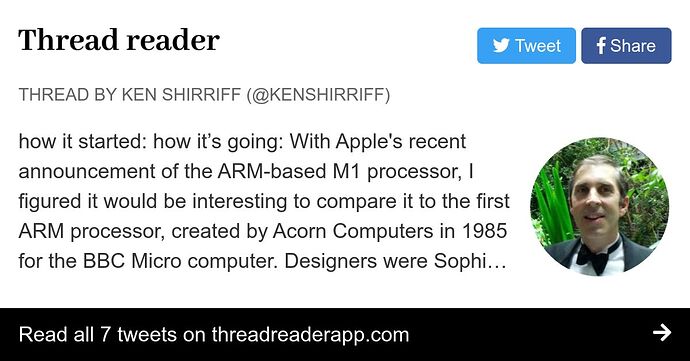 Thread by @kenshirriff: how it started: how it’s going: With Apple's recent announcement of the ARM-based M1 processor, I figured it would be interesting to compare it to the first ARM processor, created by Acorn C...… 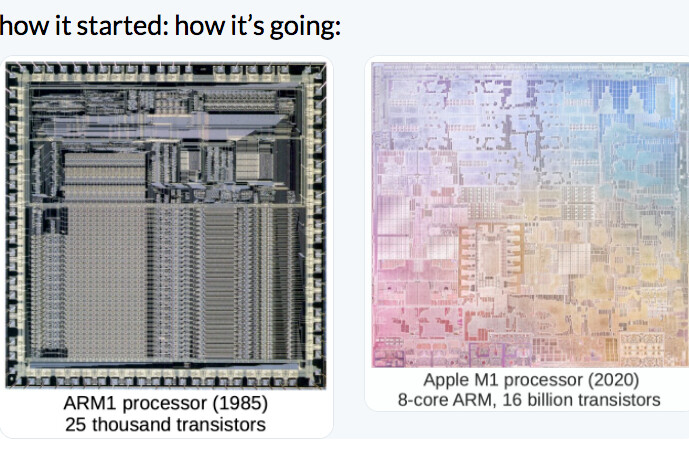